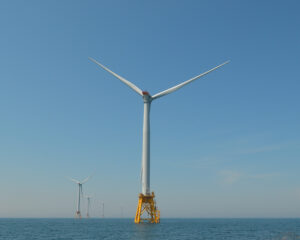 Today, June 30, 2021, the New Jersey Board of Public Utilities announced the winners of the second offshore wind solicitation of 2,658 megawatts to and Atlantic Shores for construction of wind turbines off the Jersey Shore. The projects will create approximately 7,000 good paying jobs across the state and will utilize the Wind Port and Paulsboro manufacturing facility. When these projects come online by 2029, they will power 1.5 million homes.

The following is the statement is from Jersey Renews:

Another big step forward for offshore wind and Jersey Renews congratulates Orsted and Atlantic Shores. This award is the largest in the nation’s history and with it, New Jersey remains well positioned to be the hub of the offshore wind industry in the region. The importance of this can’t be understated as we look at what this can do for our economy. These projects alone are estimated to bring in $3.5 billion into NJ and create approximately 7,000 good paying jobs as it powers 1.5 million homes with clean renewable energy. This is a burgeoning industry that continues to grow in New Jersey under Govern Murphy’s leadership. Jersey Renews applauds the Governor for his continued commitment to offshore wind.

This coupled with President Biden’s announcement to prioritize offshore wind projects in the New York Bight, New Jersey is well positioned to play a pivotal role in developing a domestic supply chain that brings with it good paying union jobs. This is a win for workers and the environment as we take real steps to address climate change.