On Sunday, April 22, Several hundred workers and allies attended the Workers’ Memorial Day rally and march through New Brunswick, earning cheers and solidarity fists as they marched along their route through residential and commercial districts of the city. Jersey Renews partnered with New Labor, the New Jersey Work Environment Council, and United Steelworkers to organize the event, remembering those who died on the job or suffered workplace injuries while raising awareness to prevent future illnesses, injuries, and deaths. This Workers’ Memorial Day, on Earth Day, labor and environmentalists stood in solidarity with a rallying cry of “Climate Justice is Worker Justice!”

Speakers from a wide array of sectors came out to talk about the importance of worker safety – a teacher and NJEA member relayed the story of a student who lost their parent in a workplace injuring, forever altering their life. Peter Trujillo, a member from 32BJ, discussed how he chose to live in Central, rather than North Jersey, when he moved from South America. That decision, he said, came with consequences because transportation to his job was harder to come by in more southern parts of the state. New Labor relayed the experience of one of their workers, currently in a coma, after being injured on the job. Dan Fatton, executive director of the New Jersey Work Environment Council, enumerated the many impacts of climate change on workers, from increased risk of heat stroke and magnification of air pollution from temperature rise to more dangerous working conditions created by natural disasters and larger habitats for disease vectors like ticks and mosquitoes.

Opinion Editorial: Workers and Environmentalists Stand in Solidarity on Climate
NJ Spotlight, May 1, 2018 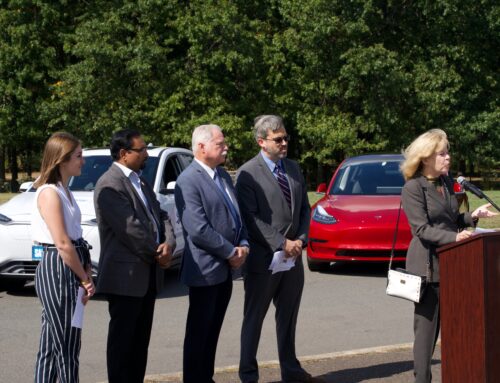 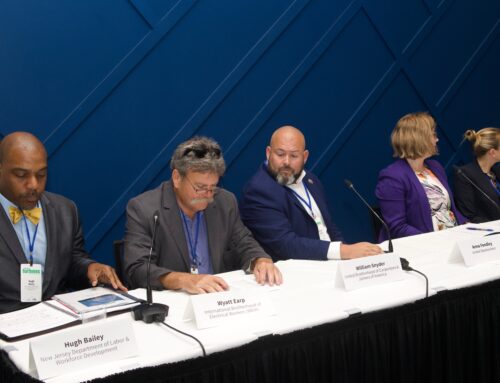 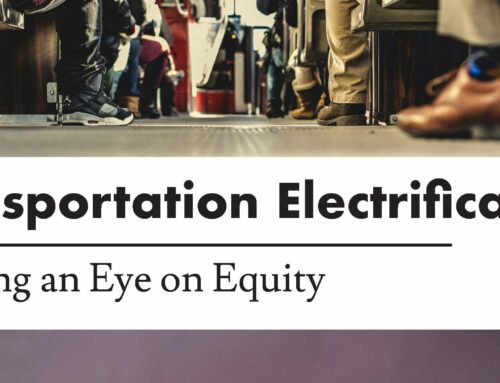 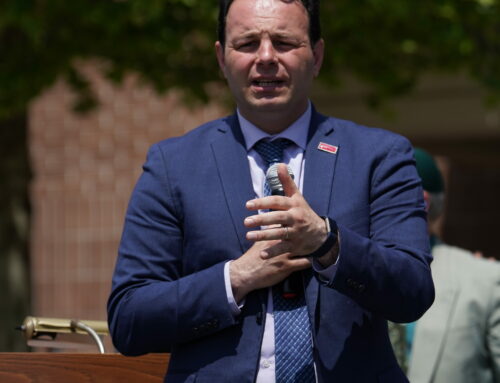